This conference has already taken place. Please find the photos of the conference here. Are you interested in the outcomes of the event? As an AESIS+ member you have access to the materials of all our events. Read more about the AESIS+ membership here.

What is the social impact of research investment? For some, the impact is so obvious the question doesn't need to be asked. Others want to measure the exact impact to ensure no money is wasted, or to optimise the impact. Most people working in research as a scientist, policy maker, research manager, or adviser find themselves somewhere in the middle. They are looking for ways to advance, assess and communicate the impacts of scientific research.

This hands-on, interactive course will build your skills, increase your knowledge and provide you with approaches to help in identifying the social impacts of research investment. The course provides a venue to share a common understanding and language around societal impact, so that impact strategies can be integrated within institutional or regional research strategies.

The meeting provides you with the latest knowledge and experiences to help you apply basic principles in practice. You will have the opportunity to meet experts and peers from multiple countries who are leading innovation in research funding approaches. After the course you will be able to work more systematically to organize a research strategy that strengthens the societal impact of your research or the research program you manage or fund.

With the growing national and international interest in the social impacts of research, this course comes at an exciting time. 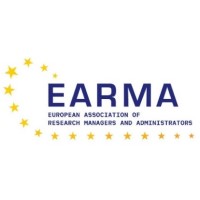 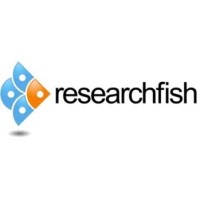 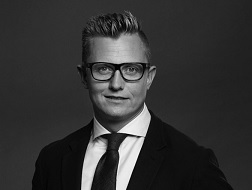 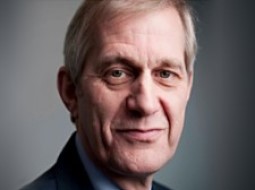 Hotel suggestions (within 15 minute walking distance of the course venue)

Stenersgata 2A
0184 Oslo
Information and booking

Directions to the locations will be uploaded shortly

Payment of the participation fee should happen before the course starts. You will receive an invoice together with the confirmation. Payments have to be made in Euro at your discretion and free or all bank and other charges. Personal or company checks are not accepted. All amounts are excluding VAT, if applicable.

If you are unable to attend the course it is permitted to allow someone else to participate in your stead, if the name of the replacement is communicated before the start of the course to the organisers. Cancellation without cost is possible until October 2nd 2019. If you cancel between October 2nd and October 30th 2019, we will invoice €95 administration costs. After October 30th 2019, you owe us the full amount.

Photographs and / or videos may be taken at the course. By attending this event, you acknowledge and agree that your likeness maybe included in photos and videos of the event and used by AESIS in connection with communications about the course or other AESIS communications and promotion. If you do not agree to this usage, please send us a written notification at least 3 days before the event.

Kathryn is the Executive Director of Performance Management and Evaluation at Alberta Innovates, a Canadian‐based publicly‐funded provincial health research and innovation organization. She is a fellow of the Canadian Academy of Health Sciences (CAHS), a co‐founder of the International School on Research Impact Assessment and Director of the School when it was hosted in Banff in 2014.

She has over 25 years of strategic evaluation experience in health care and health research and innovation. Her expertise is in developing performance management, evaluation, impact strategies and implementing assessment frameworks for complex systems and organizations.  She successfully implemented the CAHS (2009) health research impact framework and was instrumental in its application nationally and internationally. Kathryn is a social scientist, bridge builder and advisor on numerous expert committees that focus on the assessment of research and innovation and invited to present nationally and internationally.

Barend van der Meulen is a full professor of Institutional Aspects of Higher Education and Director of the Center for Higher Education Policy Studies at the University of Twente. He has over 25 years of experience in policy studies on higher education and science. His research is on the dynamics of higher education and science policy and related policy instruments. Recent research includes projects on the Future of Universities, academic careers and the organization of challenge-driven research. Barend van der Meulen's publications have examined various aspects of the Dutch university system, the 'Europeanization' of science, research evaluation, the role of forecasts and prognoses, and higher education and research funding.

He is chair of the Netherlands Panel for Evaluations in the Humanities, chair of the Scientific Integrity Committee of Wageningen University & Research, and member of the advisory board of AESIS. He has advised the Parliament and international governments on issues of higher education and science policy. He was an expert member of panels for the evaluation of research councils in various European countries. In 1992, he was awarded a doctorate by the University of Twente on the strength of a dissertation examining science evaluation.

David Budtz Pedersen (b. 1980) is Professor of Impact Studies and Director of the Humanomics Research Centre in Copenhagen, Denmark. His research focuses on science communication, impact assessment, science and innovation policy with a special interest in the Humanities and Social Sciences. He regularly acts as a policy adviser for international funding agencies, universities and knowledge-intensive companies. He holds PhD, MA and BA degrees in philosophy of science and science policy studies from University of Copenhagen and University of Vienna. He is a former Visiting Scholar at New York University. Alongside his research, David Budtz Pedersen has an international public presence with outreach activities in science policy, speaking frequently on the topics of Open Science, Responsible Impact Assessment and Evidence-Informed Policy-Making. More recently, David was Director of the Science Policy Programme during Denmark’s presidency of the largest interdisciplinary conference in Europe, Euroscience Open Forum 2014. In 2018, he was appointed member of the Danish Governments’ Commission on Rewards and Reputation in Research.

Liv Langfeldt is a Research Professor at the Nordic Institute for Studies in Innovation, Research and Education (NIFU), and director of the Center for Research Quality and Policy Impact Studies (R-QUEST, www.r-quest.no ). She holds a doctoral degree in political science from the University of Oslo, and has more than 25 years of experience in studies or research policy, research quality and peer review processes. She has been in charge of numerous evaluations and studies or research policy measures, including evaluations of national and international funding bodies / schemes and their review processes and impacts.

As director of R-QUEST she coordinates research environments in five countries devoted to the study of how notions of research quality are negotiated and established, and the role of policy in enhancing good research, and its importance for society. In a recent article in Minerva ( https://rdcu.be/bPCSq ), she and her co-authors argue that notions of research quality are contextual - some notions originate in research fields, others in research policy spaces - and they present a framework to help understand how good research is recognized, as well as tensions arising from conflicting notions.

Prof. Dr. Mike Smith is Emeritus Professor of Medical Science and Managing Partner at Harper Keeley LLP. He has been Dean of Research at the University of Leeds; Deputy and Pro Vice Chancellor for Research and Enterprise at the University of Teesside and Sheffield Hallam University; and Chairman at the Institute of Knowledge Transfer. His forty years experience in research and innovation has focused both on the development of new ideas and their subsequent implementation and impact.  He has published extensively, held a number of patents and formed a number of companies, mostly in the medical sector. He has experience working with government departments and has served on many National and International Committees. At Harper Keeley, he provides expertise in leadership and management in Research, Innovation, Technology Transfer and the Commercialisation of research, working with the University sector, large corporations and SMEs.

After gaining First Class Honors in Statistics at the University of Aberdeen, David worked at two BBSRC research institutes, as a statistician consultant before developing mathematical models or plant growth. His work on the computer aspects of this led into broader applications of IT in education and research, and was Director of Information Services at Royal Holloway, University of London, before moving into university leadership as Vice-Principal (Communications, Enterprise and Research) in 2004. In this role he was responsible for research strategy and for developing Royal Holloway's research-led commercial and consultancy activities.

He joined HEFCE in 2008 as Director (Research, Innovation and Skills) and led the development and implementation of the first Research Excellence Framework including the new impact agenda element. He was responsible for research policy and funding, knowledge exchange and university/business relations.

In May 2017 he was appointed the first Executive Chair of Research England, a new council established as part of UK Research and Innovation, alongside the seven disciplinary Research Councils and the UK Innovation Agency.  Research England is biggest research funder in the UK with responsibility for university block-grant funding for research and knowledge exchange.  In UKRI he has particular responsibilities for Place (Regional Funding), Commercialisation and Open Science

David has been invited to visit many countries to advise on research assessment and funding, particularly with respect to research impact. He is also co-chair of the Implementation Task Force for Plan S, the international initiative on full and immediate open access to research publications.