In the past years, experts have worked to improve the process of measuring and communicating the impact of science on society around the world. New methods have been developed to better evaluate societal impact of scientific research by science funders and research institutions. These impact assessment tools and methods have served as a means (never as an end in itself) to aid science funders and research programme designers in maintaining an effective and efficient science funding system, while justifying the importance of investing in scientific research towards society. There are rising pressures to demonstrate economical and societal returns on these investments on governmental and non-governmental science funding organisations; therefore, our 2021 Spring Course will focus on Implementing Strategy for National Impact Assessment, and explain impact evaluation processes in the broader context of society as a whole.

Join as a delegation or individual:

While individual participants are more than welcome to join, any development or implementation profits from group-effort, especially when there are so many stakeholders involved with their own perspectives, language and needs. Therefore we invite you to register to this course with a team of colleagues inside and outside your organization, for maximum effect of the expert insights that will be shared. Furthermore, by bringing together delegations of several countries, this course offers a platform for discussion and knowledge exchange of a vast variety of experiences.

As a delegation, you will receive...

This way we aim to have you return to your workplace fully prepared to take immediate steps towards developing and/or implementing your national impact assessment and stimulation strategy further and more effectively. 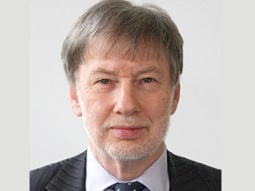 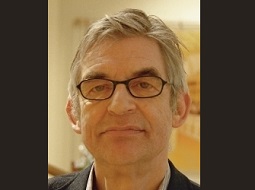 If you are unable to attend the course it is permitted to allow someone else to participate in your stead if the name of the replacement is communicated before the start of the course to the organisers. Cancellation without cost is possible until March 10th 2021. Cancellations between March 11th 2021 and March 31st 2021 will result in a late fee of €95 being charged. Cancellations from April 1st 2021 onwards are not refunded.

Dr. Phipps is the administrative lead for all research programs and their impacts on local and global communities at York University (Toronto, Canada). He has received honours and awards from the Canadian Association of Research Administrators, Institute for Knowledge Mobilization, International Network of Research Management Societies and the EU based Knowledge Economy Network. He received the Queen Elizabeth II Diamond Jubilee Medal for his work in knowledge mobilization and was named the most influential knowledge mobilizer in Canada. He sits on knowledge mobilization committees around the world and is Network Director for Research Impact Canada.

After gaining First Class Honors in Statistics at the University of Aberdeen, David worked at two BBSRC research institutes, as a statistician consultant before developing mathematical models or plant growth. His work on the computer aspects of this led into broader applications of IT in education and research, and was Director of Information Services at Royal Holloway, University of London, before moving into university leadership as Vice-Principal (Communications, Enterprise and Research) in 2004. In this role he was responsible for research strategy and for developing Royal Holloway's research-led commercial and consultancy activities.

He joined HEFCE in 2008 as Director (Research, Innovation and Skills) and led the development and implementation of the first Research Excellence Framework including the new impact agenda element. He was responsible for research policy and funding, knowledge exchange and university/business relations.

In May 2017 he was appointed the first Executive Chair of Research England, a new council established as part of UK Research and Innovation, alongside the seven disciplinary Research Councils and the UK Innovation Agency.  Research England is biggest research funder in the UK with responsibility for university block-grant funding for research and knowledge exchange.  In UKRI he has particular responsibilities for Place (Regional Funding), Commercialisation and Open Science

David has been invited to visit many countries to advise on research assessment and funding, particularly with respect to research impact. He is also co-chair of the Implementation Task Force for Plan S, the international initiative on full and immediate open access to research publications.

Paul Wouters is professor of scientometrics and dean of the Faculty of Social and Behavioural Sciencs at Leiden University. He has a Masters in biochemistry (Free University of Amsterdam, 1977) and a PhD in science and technology studies (University of Amsterdam, 1999). He was Principal Investigator of several European research consortia, among others ACUMEN on research careers and evaluation of individual researchers. Paul was coordinator of the Dutch STS Graduate School Science, Technology, and Modern Culture (WTMC) together with Annemiek Nelis (2001-2005). From 2014 until 2019 he was chair of the WTMC board. In 1999, he helped create Onderzoek Nederland, a leading professional journal on Dutch science policy (part of Research Professional) and has since published in the journal.

He has published on the history of the Science Citation Index, on and in scientometrics, and on the way the criteria of scientific quality and relevance have been changed by the use of performance indicators. His PhD thesis is titled "The Citation Culture" (1999). He has also studied the role of information and information technologies in the creation of new scientific and scholarly knowledge. In this area, he was appointed as leader of 2 research programmes by the Royal Netherlands Academy of Arts and Sciences: Networked Research and Digital Information (Nerdi) (2000 - 2005) and The Virtual Knowledge Studio for the Humanities and Social Sciences (VKS) (2005 - 2010). The experiences and insights gained in the VKS were condensed in Virtual Knowledge. Experimenting in the Humanities and Social Sciences, a collection edited in collaboration with Anne Beaulieu, Andrea Scharnhorst and Sally Wyatt (MIT Press 2013).

As a Branch Manager at the Australian Research Council (ARC), Ms Sarah Howard leads the ongoing implementation of the Excellence in Research for Australia (ERA) program, and the development and implementation of a new national assessment of engagement and impact of Australian university research. Ms Howard also oversees the management of the longitudinal datasets for these evaluation programs and the provision of policy advice on research evaluation and the state of the Australian university research landscape more broadly.

Ms Howard’s career in the Australian Public Service has included a number of roles at the ARC, in the areas of research evaluation, research policy and research funding, through the National Competitive Grants Scheme, as well as previous roles in the Department of Industry. Ms Howard has maintained strong links with the research sector throughout her career, as a researcher and as Associate Director at the Australian Academy of the Humanities.