This event has already taken place. Have you attended the course and would you like to receive the presentations? Please send an e-mail to info@aesisnet.com

AESIS proudly announces this ambitious international course, where leading experts in the disciplines of the Social Sciences and Humanities (SSH) will demonstrate how to implement and foster business in SSH. Questions that will be examined and answered include:

The course will be held in an intimate setting, while each session will be taught in an interactive manner and includes many collective exercises, in order to make this initiative as fitting as possible to all of your particular aims and needs. Moreover, throughout the entire course, a case-study exercise will challenge you to create and develop a business case. This all aims to provide you with adequate insights and tools to stimulate and facilitate business development in your organisation. 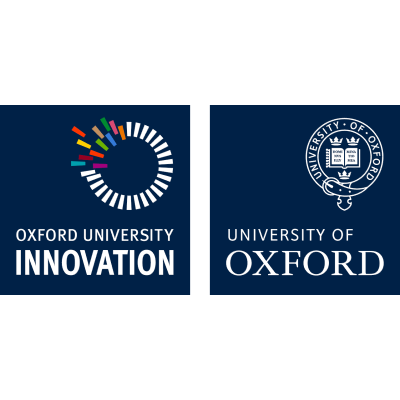 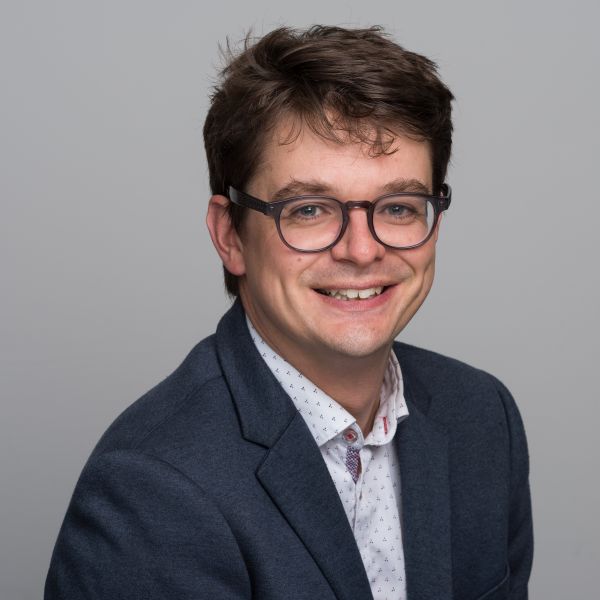 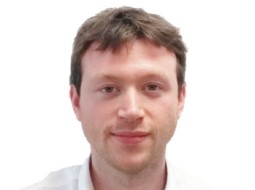 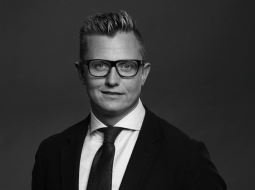 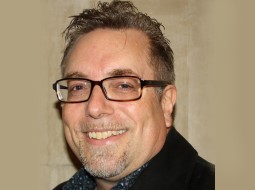 From London Heathrow Airport, Oxford is only 50 minutes away by car, and a little more than an hour away by public transport. Please find a detailed description of the available means of transportation to and from this airport here.

ORGANISATION:
This course is organised by the AESIS Network.

The exchange rate is subject to change. Payment of the participation fee should happen before the course starts. You will receive an invoice together with the confirmation. Personal or company cheques are not accepted. All amounts are excluding VAT, if applicable.

CANCELLATION:
If you are unable to attend the course it is permitted to allow someone else to participate in your stead, if the name of the replacement is communicated before the start of the course to the organisers. Cancellation without cost is possible until March 18 2019. If you cancel between March 18 and April 15 2019, we will invoice €95/ £85 administration costs. After April 15 2019, you owe us the full amount.

PHOTOGRAPHY RIGHTS:
Photographs and/or videos may be taken at the course. By attending this event, you acknowledge and agree that your likeness maybe included in photos and videos of the event and used by AESIS in connection with communications about the course or other AESIS communications and promotion. If you do not agree to this usage, please send us a written notification at least 3 days before the event.

Mark Mann leads OUI’s commercialisation activity from the Humanities and Social Sciences divisions at Oxford University and has done so for the last three years. The team has been working to grow OUI's support in those divisions and now has over 80 projects. The team has developed new business models to deliver the impact including franchising, lean spinouts and social enterprise. Before working in this area he commercialised Engineering and Software projects from the Sciences at Oxford having had a background as a researcher in both at the BBC and the University of Cambridge.

Chris joined Oxford University Innovations in 2018 as a Licensing and Ventures Manager in the Social Sciences and Humanities.

Chris graduated from the University of Oxford after having read Modern History, he then went onto study Politics and Government at the London School of Economics. After graduation, Chris worked at Accenture, covering projects across; Public Sector, Energy, Digital and Communications as well as their Clean Tech growth area (in partnership with the World Economic Forum) and Institute for High Performance. Chris left Accenture to work for FutureLearn, an Edtech start-up (or MOOC platform) founded by the Open University. At FutureLearn, Chris led the market research and helped develop FutureLearn’s strategy, partnerships and business models across B2C/B2B and public education initiatives.

Dr Julia Bourke is originally from Melbourne, Australia, and first moved to the UK in 2008. Following an MPhil at Cambridge, she completed a PhD in Medieval History at Queen Mary, University of London in 2018. Her interdisciplinary research in the history of emotions combines medieval monastic practice with modern neuroscience and neuropsychology. She currently works in the Enterprise & Innovation team at St Mary’s University, Twickenham, and is responsible for enterprise, impact, and outreach projects across the faculties of Education, Humanities, Drama, and Theology.

Having been engaged in public history projects since 2013, Julia is interested in developing new models of impact and enterprise that embrace the unique strengths of the humanities. Experiencing impact training sessions from the perspective of a researcher, Julia became increasingly frustrated at the emphasis placed on STEM-based models at the expense of non-STEM research. Her experience of the HE sector both in the UK and abroad, encompassing Oxbridge, Russell Group, and GuildHE, has given her a unique understanding of the challenges faced by HE providers of very different sizes and with different strategic visions. In her spare time, Julia performs stand-up comedy based on her historical research, and has performed at Lambeth Palace Library and the British Academy Summer Showcase.

David Budtz Pedersen (b. 1980) is Professor of Impact Studies and Science Communication, and Director of the Humanomics Research Centre in Copenhagen, Denmark. His research focuses on science communication, impact assessment, science and higher education policy, and the role of Humanities and Social Sciences. He regularly acts as science policy adviser to European and global funding agencies, universities and knowledge-intensive companies. He holds PhD, MA and BA degrees in philosophy of science and science policy studies from University of Copenhagen and University of Vienna. He is a former Visiting Scholar at the Department of Philosophy, New York University.

David is the recipient and co-recipient of competitive grants from the Danish Council for Independent Research, The Velux Foundation, The Danish Ministry of Higher Education and Science, The European Commission Horizon 2020, The Obel Family Foundation, and the Swedish Research Council. David Budtz has about 150 entries on his list of publications ranging from research papers, research monographs, edited volumes, policy reports, op-ed columns and newspaper articles.

Alongside his research, David has an international public presence with outreach activities in science policy, speaking frequently on the topics of Open Science, Responsible Impact Assessment and Evidence-Informed Policy-Making.

David regularly works as a policy adviser. He entered the Danish Ministry of Higher Education and Science in 2005, working in technological foresight and science policy until 2012. In 2007, he became a member of the European Commission’s Programme Committee for the Socio-Economic Sciences and Humanities, dealing with analysis and priority-setting in SSH research. In 2012, he supported the Danish Presidency of the European Union in the area of Responsible Research and Innovation, co-organising the conference “Science in Dialogue”. More recently, David was Director of the Science Policy Programme during Denmark’s presidency of the largest interdisciplinary conference in Europe, Euroscience Open Forum 2014. In 2018, he was appointed member of the Danish Governments’ Commission on Rewards and Reputation in Research.

Oliver is a historian by training, and received his undergraduate, masters and doctoral degrees from the University of Oxford. He teaches architectural and cultural history with a focus on the long eighteenth century.

Oliver has published widely on Gothic Revival architecture, landscape gardening, patriotism, and the country house. His most recent peer-reviewed journal article explores the politics of horse racing in the early 1760s Britain.

Oliver has worked as a Consultant for a range of different organisations, from the Mount Stuart Trust in Scotland, numerous television production companies, tourism providers and the investment management firm, Quilter Cheviot. Oliver is an Associate of Thompson Harrison and is part of the teaching faculty at the Said Business School for Oxford Cultural Leaders and the Oxford Strategic Leadership Programme.

He is a Council Member of the Oxfordshire Record Society; Heritage Officer for the British Society for Eighteenth-Century Studies (BSECS); Governor of Compton Verney House Trust; and sits on the Education and Publications Committee of The Gardens Trust and Arts Council England’s Designation Panel. Oliver is chair of The Heritage Alliance’s Digital, Learning & Skills Advocacy Group.

Rick is the Dean of Research, Innovation and Enterprise at Cardiff University where he is leading the development of SPARK, the world’s first social science park. He also led the formation of Y Lab: the public services innovation lab for Wales at Cardiff University in partnership with Nesta. His main areas of research expertise are innovation, organization, employment relations, and Japanese management and he has published widely on these. Rick is a Board member of the Campaign for Social Science and of the Society for the Advancement of Management Studies and a Fellow of the Academy of Social Sciences, the British Academy of Management and the Learned Society of Wales.

Mick Kennedy is Managing Director of his own consulting company (MLEK Ltd) specialising in identity, mobile analytics and the use of mobile technology in the online identity ecosystem.
He spent 12 months working with Oxford University Social Sciences and Humanities Divisions to build the foundation for a Business Engagement team and played a key role in winning a recent bid for AI in Legal Services.
Previously he worked for the UK Govt Digital Service via the Open Identity Exchange on the use of Mobile Operator Data to support digital identity by providing activity history data based on mobile phone usage. This is to support the UK 'Verify' digital identity programme to enable citizens to use a secure validated digital identity for online transactions both with Government and private sector organisations.
In March 2017 he left Vodafone after almost 10 years working on mobile apps and innovation. He spent the last four years of that time working with the other UK Mobile Operators, GSMA, Identity providers and the UK Cabinet Office to develop and launch a roadmap of standard identity products based on the GSMA Mobile Connect and OpenID connect standards. He also made significant contributions to the EIDAS and PSD2 submissions made by the UK Mobile Operators to the European oragnisations such as the ECB.
Before that he spent 30 years working for a number of international software and consulting companies implementing systems across a wide range of industries from Pharma to automotive. He has experience of many application areas including Manufacturing, Distribution, Accounting, Process Control and Telemetry.
He holds a Degree in Computer Systems Engineering and an MBA.

Cathy Kerfoot is Head of Strategy, Impact and Evidence at AHRC. She is responsible for developing and implementing organisational strategy, and for ensuring that AHRC captures, understands and promotes the impacts and benefits of the research that it supports. Prior to joining AHRC, Cathy worked for a number of years in HE policy. She has a PhD in literature from the University of Leeds.