It was wonderful to find so many ambitious representatives of Higher Education Institutions, keen to make a difference in the world and coming together to help showing and promoting such ambitions

Fantastic to have so much knowledge in the room!

Due to the uncertainties over the travel and health safety regulations in the UK at this time, this event has been moved to an online format!

Science funders, research councils and universities, amongst others all over the world, put more and more emphasis on the societal impact of research. In the UK, for example, government spending has increased on mission-oriented funds such as ARPA, and knowledge-exchange activity assessment, such as KEF. However, assessing the societal impact of universities is complicated. The assessments need to account for all scientific disciplines and should ideally capture long-term impact in addition to direct impact in society. Recognising that it may not be possible to assess the full spectrum of impact of universities, it is useful to focus on which key performance indicators do make sense, especially if the data can be collected in a structured way. And even then there can often be a mismatch between what is assessed and what is meant to be assessed, which is why there is more attention needed for “responsible metrics”. This course will focus primarily on the questions of how research institutes may develop their own “Impact portfolio” and how they and other institutions can create assessment systems to serve their strategy, and it will create insight in the currently available information systems and methods to assess impact and how to implement this in a research strategy. 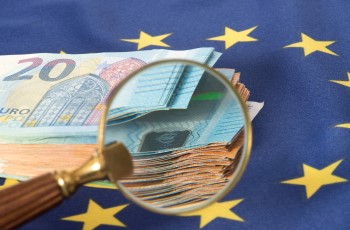 Online, hosted from The Hague, The Netherlands

Jonathan is founding Director of Different Angles Ltd, a consultancy that focuses on the social impact of universities and research.  His main interests are in biomedical and health R&D policy, research impact assessment, the use of research and evidence in policy and decision-taking, and the social purpose of universities in the 21st century.  Jonathan has significant international experience, having helped formulate and implement R&D and other strategies in, for example, the UK, Greece, Norway, Qatar, Oman, Abu Dhabi, Australia, Canada and the USA.

Jonathan joined King’s College London, as professor of public policy, in 2014 to set up the Policy Institute at King’s, and was its Director until 2017, when he stepped down to “hold the pen” on developing King’s strategic vision 2029.  He then was appointed Vice President & Vice Principal (Service).  Service is King’s award-winning and unique commitment to social responsibility and covers a range of activities including social reform, research impact, service-led learning, volunteering, and environment sustainability.  It is one of King’s five strategic priorities and encapsulates King’s commitment to society beyond education and research.

Jonathan is a senior advisor Researchfish, a data platform that captures research impact from funded grants, and a Research Fellow at RAND Europe, a public policy think tank and an associate of the Nous Group, an international management consultancy.  He is also a Trustee of the Association of Medical Research Charities.”

Prior to joining King’s, Jonathan was President of RAND Europe between June 2006 and October 2012, where he oversaw the doubling of the organisation’s activity in Europe and the establishment of the Cambridge Centre for Health Services Research, a joint venture with the University of Cambridge.  Before joining RAND in 2002, he was Head of Policy at the Wellcome Trust.

Jonathan’s book, The New Power University.  The social purpose of higher education in the 21st century, was published by Pearson in March 2021.

Jordi Molas-Gallart is Research Professor at the Spanish National Research Council (CSIC), Director of INGENIO (CSIC-UPV), a joint research centre of CSIC and the Polytechnic University of Valencia, and Visiting Fellow at SPRU (University of Sussex) where he obtained his PhD and worked for some 15 years as a researcher and Senior Lecturer. His research interests focus mainly on science and technology policy evaluation and impact assessment. He has led and contributed to many research projects for a wide variety of organisations, including Sweden’s innovation agency (Vinnova), the Catalan regional government, the UK Medical Research Council (MRC) and the Economic and Social Research Council (ESRC), INSERM, the European Commission, and the Russell Group of British universities among others. He was editor of Research Evaluation, a journal published by Oxford University Press between 2013 and 2020, and President of the European Network of Indicator Designers (ENID) between 2015 and 2019. He is a member of the Editorial Board of the journals Research Evaluation and Evidence & Policy. He has contributed to many European Commission expert groups, and chaired the Science Europe working group on Research Policy and Programme Evaluation.

Professor Ellen Hazelkorn is Joint Managing Partner, BH Associates education consultants. She is Professor emeritus, Technological University Dublin (Ireland), and Joint Editor, Policy Reviews in Higher Education. She is affiliated to the Centre for Global Higher Education (CGHE), Oxford, and Centre for International Higher Education, Boston College, USA.  Ellen is a member of the Quality Board for Icelandic Higher Education (2017-) and the  Advisory Board for U-Multirank (EU).  She is coordinating a UNESCO project to develop higher technical education in six African countries (2021-2025).

She was policy advisor to, and board member of, the Higher Education Authority (Ireland) (2011-2017) and President of EAIR (European Society for Higher Education) ( 2013-2016). She was Vice President, Dublin Institute of Technology (now TU Dublin) for almost 20 years, including as VP Research and Enterprise, and Founding Dean of the Graduate Research School.

Other recent publications include: The Impact and Future of Arts and Humanities Research (2016); The Civic University: Meeting the Leadership and Management Challenges (2016), and GUNi World Report 6: Towards a Socially Responsible University: Balancing the Global with the Local (UNESCO, ACUP and UNU, 2017). Research Handbook on Quality, Performance and Accountability in Higher Education (2018).

Michelle Herbert is the Engagement Manager for Altmetric, part of the Digital Science Portfolio in London. Before joining Altmetric, Michelle spent 12 years working in the Editorial and Production Departments for the International Water Association Publishing (IWAP) where she helped shape the Editorial policy for their flagship journal Water Science and Technology, working with the wider International Water Association (IWA) to help strengthen the ties between the journal and the IWA members specialist groups. Altmetric is helping to give users of the Altmetric Explorer an idea of how far and broad the reach of their published articles can have, as well as exploring the impact their papers can have amongst a varied audience.

Laurens Hessels is a senior researcher at the Rathenau Instituut and a professor by special appointment at the Centre for Science and Technology Studies (CWTS) of Leiden University. Hessels’ research focuses on how interactions between researchers and practitioners can generate societal impact. He also contributes to the development of methods for improving the evaluation of the societal value of research. Previously, Laurens has worked as a researcher and program manager at KWR Watercycle Research Institute and as a policy advisor at the Dutch Ministry of Education, Culture and Science.

Steven Hill is Director of Research at Research England. Steven was formerly Head of Research Policy at HEFCE, and leads on all aspects of research policy and funding.

Steven is responsible for research funding, including quality-related funding (QR), general capital funding and the UK Research Partnership Investment Fund. He also leads Research England’s research assessment and policy work, and is the chair of the steering group for the 2021 Research Excellence Framework (REF). Policy responsibilities include research integrity, public engagement and open research, and Steven contributes to debates and discussions at home and overseas on the enhancement and assessment of research impact. His team also includes Research England’s analysis function.

Steven has a degree in Natural Sciences from the University of Cambridge, and a PhD in plant biology from the University of Edinburgh. After a number of research posts, he was appointed to a lectureship in plant science at the University of Oxford, where he taught and researched for 8 years. He then shifted career tracks into the world of policy-making, with two roles at the Department for Environment, Food and Rural Affairs, focussing on bringing science and research into policy-making. Subsequently, he was appointed Head of the Strategy Unit at Research Councils UK, and then took up the post of Head of Research Policy at HEFCE in 2013.

J. Britt Holbrook is Associate Professor in the Department of Humanities and Social Sciences at New Jersey Institute of Technology. He holds a PhD in philosophy (2004). His research combines topics relevant to contemporary science policy (open science, open access, altmetrics, broader impacts requirements for grants) and of perennial concern (ethics education, peer review, academic freedom, the role of the university in society). He directs NJIT's Center for Ethics and Responsible Research. Holbrook served on the AAAS Committee on Scientific Freedom and Responsibility from 2012 – 2018 and as a member of the European Commission Expert Group on Indicators for Open Science in 2019.

Ole Henning Sørensen’s research expertise includes workplace design, industrial relations, psychosocial working conditions, and occupational health and safety. He has conducted empirical studies of various work settings: industry, waste collection, engineering consultancy, call centres, public administration, and pre-schools. As researcher, Ole has been involved in both descriptive and intervention research using quantitative and qualitative methods. As consultant, Ole has facilitated workplace development in more than 100 workplaces in the municipal and regional sector. This work included transforming research knowledge to practice as an explicit component. Ole is currently applying his research knowledge as senior consultant at the National Research Centre for the Working Environment (NFA). He works with intervention facilitation and knowledge transfer and exchange. He has been the main architect in a strategic project to develop an impact instrument to measure indicators of societal impact.